The History of Our Home

William and Bessie Beadles’ dreams embrace five generations. The family continues to own, operate and manage the business while ensuring that every resident is treated with the loving care to which Bessie dedicated her life. Beadles is now recognized as the oldest privately owned and operated nursing home in the state of Oklahoma.

Mrs. Beadles, a woman of faith, felt impressed to start a home for the needy. The couple’s faith turned to action in 1927 with the care of three elderly patients in their nine room home.

Mr. Beadles died in 1944. Through his dedication the business grew to sixteen residents living in four small houses, which were moved onto the property. Bessie was not to see the completion of the modern one story, fire proof building, completed in 1961. Two later expansions resulted in a maximum capacity of seventy-four residents.

Beadles Nursing Home evolved into a nursing facility encompassing the spectrum of basic care to skilled care as well as many other services. The dedication which founded it is evident today in a loving, caring family atmosphere.

Individual employees and the nursing home have received awards, appointments and honors, some of which include: 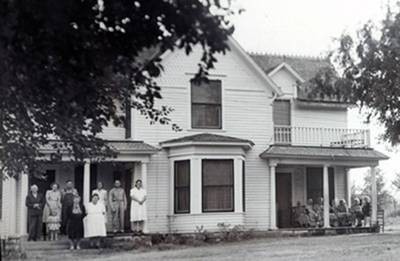 We are happy to assist; you can contact us at:

Get Social With Us